In 2011, I was co-founder of Dojo, a startup focused on helping people build and keep habits. We set out to truly make a difference in people’s lives by helping them do the things they always wanted to do: work out, meditate, stop smoking, create art, and a whole list of other practices that we were learning from our early beta testers.

Even though Dojo ultimately didn’t succeed, we were honored to see many of our learnings adopted on other sites (like streaks!). 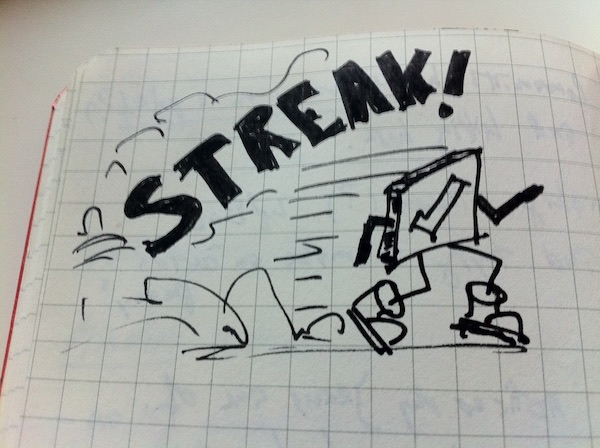 Sketching on ideas about streaks for Dojo

The most valuable and yet seemingly simple learning I had was that it was really hard for people to start a new habit like “Go to the gym 2 times a week,” but a habit like “Floss everyday” was easy for people to pick up.

The regularity of doing something simple and daily seemed to help a lot in getting the habit sticking.

When I started work on Little Memory, I had the following in my mind:

I also loved the idea of streaks. :) 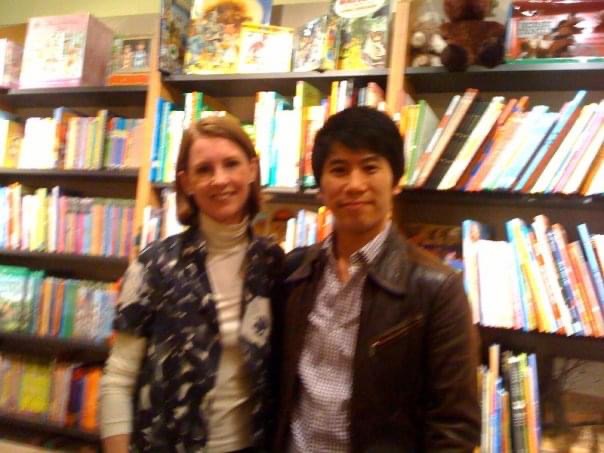 Book signing for The Happiness Project with Gretchen Rubin, January 2010

Birth of a Name #

With the above in mind, I developed and deployed my first version of the web app. I just called it: diary. Nothing fancy. I would later start telling my friends about how I was working on “my little diary project,” and as I continued sharing it with friends, they would tell me that they enjoyed writing their memories and seeing little memories from their past. I liked the sound of that, and thus, a name was born: The Little Memory.

The first version of the web app was so bare bones that all it was was a website with a simple way to enter and view today’s memory. I’d open up the page every evening, write my memory, and go to bed. Of course, most of us don’t have the kind of memory (little memory?) or discipline to remember to open up the same website every night (OK, except maybe for social media sites).

My friend, Jason Hreha, suggested adding email reminders. It was a great idea and a no brainer to add next. I added reminders to be sent to your inbox in the evenings, and in the reminder, you’d also see a reminder from exactly 1 year, 1 month, or 1 week ago in it.

With my own growing usage of the iPhone, it became apparent that I really wanted an app for Little Memory. Emails and the website were fine, but I could see the potential for a more refined experience within an iPhone app. I brushed up on my Objective-C skills, fired up Xcode, and got to work–launching the first version of iOS app in 2013.

The app would go on to be featured in the Apple App Store in:

I was delightfully surprised to see the amount of love and support from both Apple and from users who sent me emails about how much they enjoyed how simple the design of the iOS app was and also how meaningful the experience of using Little Memory was.

The Story Continues, One Day at a Time #

This is by no means a complete history of Little Memory, but it does show how a humble little idea can grow from a tiny kernel. And just as Little Memory keeps growing, so do I. I’ve learned new skills, stepped out of my comfort zone, and also made many friends along this journey.

I recognize that you, as a Lil’memmer, are part of this journey as well, and I’m always grateful to be able to be a part of your personal journey.

I’ve always said I’ve wanted Little Memory to be here for over 100 years, and I continue to work on making it a reality.

On your journey of personal self-growth? Little Memory is an incredibly simple daily journal for reflection and self-care. Write one sentence every day and see your growth over time.
Get the Little Memory App
Previous: Thinking about emotions
Next: Photo memories for self-growth and reflection