You’re a pretty smart person. You know what makes you happy and what makes you sad. When someone asks you why you like that one Chromeo song, you can look deep into yourself to find reasons like, “It’s got an awesome funky beat,” and “It’s great hipster pop.” Great, you’re a bonafied self-actualized hipster. You know yourself, you deep self-reflective person, you. 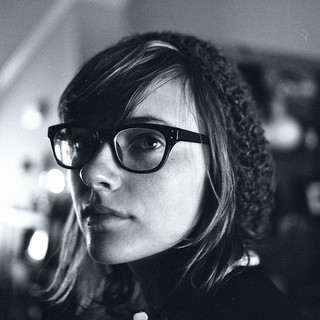 In 1977, psychologists Richard Nisbett and Timothy Wilson published the paper Telling more than we can know in which they reported that we may be inadequately equipped to be able to understand the reasons for why we make judgements or feel a certain way. They placed a distinction between the content of your emotion and the process in which that emotion came about. To be clear:

And because we don’t know why we feel something, when we’re forced to explain ourselves, we often give faulty answers or even just lie to avoid humiliation. This is called the Introspection Illusion. Moreover, we are unaware of this inadequacy and have difficulty accepting it.

In particular, we avoid accepting it because:

If we can’t trust our own capacity to self-reflect, then what’s the use of living this so-called self-examined life? As Nisbett and Wilson pointed out, it’s the process and the WHY of our emotions that eludes us. However, we are still fully capable of being able to distinguish and understand the WHAT of our emotions.

Furthermore, Wilson went on later with Dana Dunn to note in The Disruptive Effects of Explaining Why (1989) that you should be careful in focusing on the reasons for your emotions because doing so can even change you to revise your feelings:

When people think about why the feel the way they do, we suggest that they feel comelled to give a “good story” to explain their feelings. The reasons they come up with emphasize cognitions about the attitude object, and the reasons are often incomplete or incorrect. Further, these cognitions often consist of a biased sample of reasons that imply a different attitude than the one subjects previously held. Unaware that their reasons are a biased sample, subjects change their attitude in the direction implied by their reasons.

They go on to say:

“If a couple is quite happy with their feelings toward each other, attempts to justify these feelings may not be productive.”

So, thinkers (and feelers) beware! Remember to focus all that self-reflection in the right direction, and introspect with caution.

On your journey of personal self-growth? Little Memory is an incredibly simple daily journal for reflection and self-care. Write one sentence every day and see your growth over time.
Get the Little Memory App
Previous: Mind the Memory Gap: How Appreciation Helps You Remember
Next: The safest memories are the memories which are in the brains of people who cannot remember